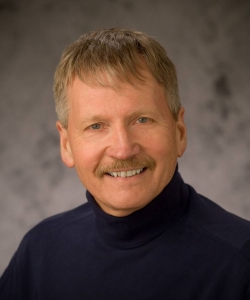 At Richmond’s Harry Ells High School, he presided over the chess club, served on the senior board, competed in impromptu and extemporaneous tournament public speaking with David Dansky’s Forensics Club, and wrote poetic, satiric and philosophic tidbits.
Making lemonade out of lemons: When he graduated with a BA and an MA in English literature from San Francisco State University, Bill applied to every junior college west of the Mississippi only to find that there were no teaching jobs to be found. This turned out to be one of the best things that’s ever happened to him.

Instead of teaching, Bill wrote Whitewater Rafting, which was published in 1975 in hardcover and softcover by Quadrangle: The New York Times Book Company. The first thorough guide to the art of river rafting, Whitewater Rafting was considered the bible of the sport for decades and was reprinted many times.

Also in 1975, with two rafts and a $500 gift from his grandmother, McGinnis founded Whitewater Voyages, which pioneered guided rafting trips on a number of California rivers, and grew to become California’s largest river outfitter. For many, many years he and his guides took more people down more California rivers than any other rafting company.

In recognition of his many contributions to the sport of rafting, in 2000, Bill was named one of the “Top 100 Paddlers of the Century” by Paddler Magazine, the leading national paddle-sport publication.

McGinnis published the original The Guide’s Guide in 1981 and the greatly expanded Guide’s Guide Augmented in 2006. To this day, this comprehensive work serves as a bible for professional river guides all over the world.

While he has a slew of first descents and pioneering raft runs in California and throughout the world to his credit, McGinnis says it is his influence on guiding that he is most proud of. The essence of good guiding, he says, is “…appreciating, nurturing people. Helping them move from fear to confidence to joy, from being a stranger in a group to bonding, from feeling cut-off from nature to feeling in love with and at one with this planet, and from being somewhat scattered inside and maybe self-critical to feeling more self-accepting, more whole, more energized, more alive.”

It’s been said that we gain experience—and eventually wisdom—by making mistakes. This certainly applies to Bill. At least the making mistakes part! One such near-death misadventure is described in his short but terrifying ebook, “Disaster on the Clearwater: Rafting Beyond the Limits.”

McGinnis’ other works include, “Sailing the Greek Islands: Dancing with Cyclops,” “The Class V Briefing,” and numerous magazine articles.