How to Awaken America to the CCP Threat?

How to Awaken America to the CCP Threat? 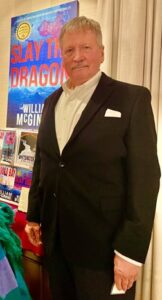 Many Americans think of China, if they think of it at all, as mainly a source of cheap stuff. Some do have a vague notion that the Chinese Communist Party represses its people and poses a challenge to America. Few Americans, however, have anything approaching a full understanding of the CCP’s brutality toward its own citizens or its devious, treacherous, gangster tactics aimed at achieving world domination by bringing America to its knees.

How to change this? How to awaken America to the dire threat the CCP poses to the world and to America in particular?

Excellent steps toward promoting awareness are to support truth-telling media such as the Epoch Times and China Uncensored, and video bloggers like Winston Sterzel (SerpentZA) and Matt Tye (laowhy86). (Winston and Matt lived in China until forced to flee CCP tyranny, and now bravely report on Chinese events from their unique perspectives.)

Another way is to read and share the growing stream of non-fiction books about the CCP’s unrestricted warfare threat.

—“Hegemon: China’s Plan to Dominate Asia and the World,” by Stephen W. Mosher

—“The China Threat: How the Peoples Republic Targets America,” by Bill Gertz

But how to contact an even wider audience? How to grab the attention of individuals who are not going to be reached by the above?

Why not employ a medium as old as the human race: the ancient art of story telling. Weaving elements of the world—often grim but important facts—into riveting, white-knuckle, spell-binding stories. In the same way our ancestors used stories to teach one another how to outwit saber- toothed tigers prowling outside their caves, we can use gripping, thrilling novels—and audiobooks—and maybe, someday soon, movies—(more on this later)—to alert America to this modern, potentially devastating threat.

Serendipitously, BookTrib recently published an article about big-time heavy-hitting thriller novels which deal with the CCP threat. Although its title leaves much to be desired, the article is worthwhile: “The New Red Scare: China as the Villain in 5 American Thrillers.” (Click image below) 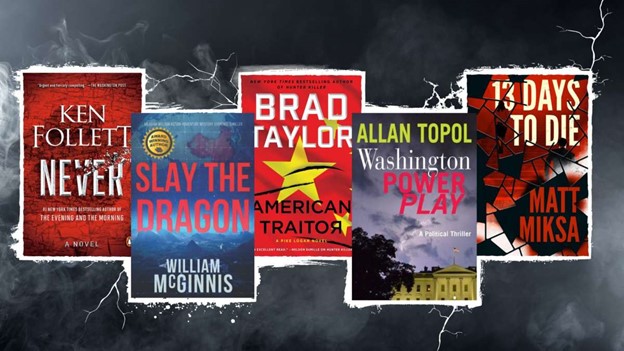 A little aside and plug, if I may: All of these novels tell great stories. However, Slay the Dragon, perhaps because it is based on both extensive research and the author’s (that would be me) personal off-grid travels inside China, explores more thoroughly than most the CCP’s evil doings in both China and the US.

Of course, the ultimate forms of modern story telling are movies and TV series. Unfortunately, in an ongoing humiliating kow towing to the CCP, Hollywood has been self censoring all criticism of China—itself evidence of the CCP undermining American culture. This will change when Hollywood awakens to the CCP threat and to the tremendous hunger for quality pro-American films.

I’d like to conclude with a key point: Even when—especially when—waking people up to harsh realities, it’s best to be entertaining. We can be serious and still have fun. In fact,  life-threatening challenges are best handled with huge doses of spice, with stories that provide the kind of experience described in this Midwest Book Review: “A simply riveting read from cover to cover, and the stuff from which action/adventure movies are made, ‘Slay The Dragon’ is a non-stop suspense thriller of a read that is laced with memorable characters and a plot line that has more ups and downs than a Coney Island roller coaster.”

William McGinnis has a Masters Degree in English literature and is the award-winning author of four non-fiction books about whitewater rafting and sailing, and four novels in the Adam Weldon Thriller series, including “Slay the Dragon,” “Whitewater,” “Gold Bay” and “Cyclops Conspiracy.” His author’s website is WilliamMcGinnis.com.

By admin|August 16th, 2022|Categories: Interviews, Writing Wild Fiction|Comments Off on How to Awaken America to the CCP Threat?